Dai Gyakuten Saiban is kind of a spin-off(?) of the series Gyakuten Saiban, aka Ace Attorney as known in the west. The protagonist is Naruhodo Ryuuichi/Phoenix Wright ancestor, set back at the end of Meiji Period. The court system is still new in Japan (still known as Empire of Japan), and the setting was when Japan has a government relationship with the British Empire. The protagonist, Naruhodo Ryuunosuke (CV: Shimono Hiro) who started off as a normal student, then proceed to go to the British Empire and study as a defense attorney.

WARNING THIS POST CONTAINS SPOILER OF THE GAME. YOU HAVE BEEN WARNED!

END_OF_DOCUMENT_TOKEN_TO_BE_REPLACED

Boy it’s been a long time eh? I was gonna post Atelier Shallie Plus LE Unboxing (I already took photos) but laziness got through me and starting from February, Uni wrecked the hell out of me with its final project. But alas I’m finally done!

Dai Gyakuten Saiban has always peeked through my interest because of it is an Ace Attorney game, and the fact that it never got localized definitely missed its poor chance to be played by everyone in the West (except it did got subbed on Youtube and eventhough it’s taken down once, the vid is back). But I didn’t have 3DS back then when it first came out. Well now I do! And of course as I expected, Capcom won’t miss a chance to bundle both games into 1 package to be sold, so I thought, why not purchase this one? Coz tbh the biggest Limited Editon didn’t do much justice only with plushies and stuffs that I probably won’t use. WELL I got OST in this limited edition so that’s double the fun for me. Unto the unboxing!

END_OF_DOCUMENT_TOKEN_TO_BE_REPLACED

yeah I know it’s super late, and yes I know I forgot to make a Christmas post lol. I’m sorry. Nevertheless I would like to greet you people Happy New Year 2017!

In the aspect of gaming, I got some great games on 2016, including Persona 5 (which I’m playing again on 2nd playthrough atm), Gyakuten Saiban/Ace Attorney 6, and Sora no Kiseki the 3rd Evolution. Also I’ve played some games like Atelier Escha & Logy Plus eventhough I already played the PS3 ver, and other games like Drag on Dragoon 3. I haven’t played Tales of Berseria coz Zestiria wasn’t quite to my liking last year and ended up waiting for reviews before I actually tried Berseria. Nevertheless the game got really good reviews and I hope I can buy it somehow this year. And of course I’d like to buy a PS4 this year! With upcoming games I want to play such as Nier Automata and probably Sen no Kiseki III (Trails of Cold Steel III) which will be released most likely this year Q3 or Q4 exclusively for PS4. Yes I still don’t like Rean but a fully playable 3D Crossbell is something I’d like to try.

Look forward to another gaming year on 2017! 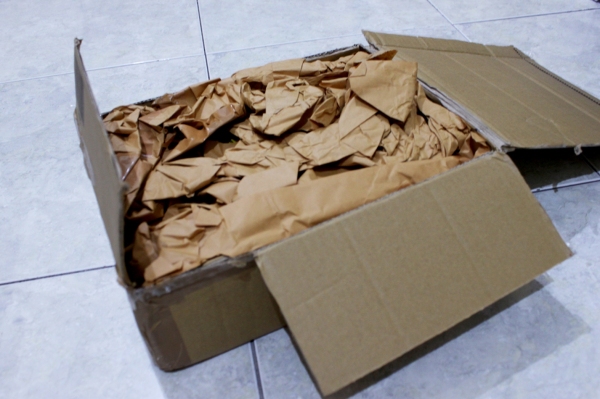 After 2 months of waiting, it’s finally here! Persona 5! It’s kinda weird receiving this while west got a notifications of delay but whatever. I got my hands on the 20th Anniv Edition coz I just had to get it whatever it takes. I was planning to get the one with petit nendo from ebten but out of budget XD Anyway here it is. I bought the PS3 ver and so far it’s great.

END_OF_DOCUMENT_TOKEN_TO_BE_REPLACED

Long time no posting! So last month I went to Japan and of course being a gamer I am, I hogged lots of stuffs (mostly secondary games) because importing gonna costs a lot more. I’ve saved money for this trip and behold, lots of loots XD

END_OF_DOCUMENT_TOKEN_TO_BE_REPLACED 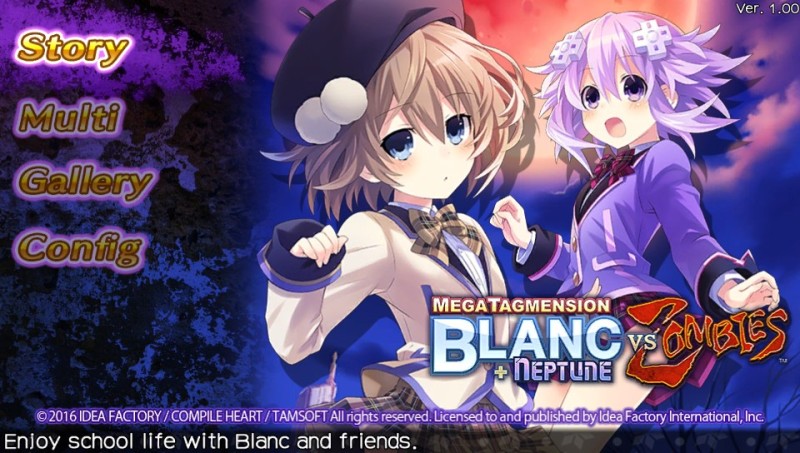 It is a hack and slash type of game and is considered to be a sequel to Action Unleashed due to its similar gameplay and concept. While it doesn’t exactly follow the same storyline, it does contain the same characters and introduces those who weren’t in the first game as well.

This game was the result of Blanc becoming no.1 in the series’ 2nd popularity poll Compile Heart made sometime ago, as it was promised that the top character will be the main protagonist in their own game. Does it work out for our short, flat-chest companion here?

END_OF_DOCUMENT_TOKEN_TO_BE_REPLACED

Nights of Azure is an Action RPG for the PS4 (although there is a PS3 and Vita version only in Japan) developed by Gust  and published by Koei Tecmo Games. It was first released in Japan on October 1 2015, while the American and European versions were released on March 29, and April 1 2016 respectively.

The story follows Arnice, a half-human half demon hybrid who serves the Curia, an organization responsible for fulfilling the ritual that involves sacrificing a “Saint” to cure the endless nights that befell on Rusewall Island, the place in which this game takes place. The endless nights were caused by a certain monster who spilled out “Blue Blood” which polluted the humans and turns them into demons. With best friend Lilysse chosen to be the Saint,  Arnice’s role is to protect her and making sure the ritual is carried out. While Arnice does fight demons and mythical monsters to progress to different areas, she also meets people that, one way or another, aid her in her journey. She also tackles her own problems and feelings towards her best friend, and debates about whether to save her, or save the world instead.

END_OF_DOCUMENT_TOKEN_TO_BE_REPLACED

Been a while since I’ve posted an unboxing post! Anyway, Escha & Logy Plus actually came first before the other 2 games which were in the same package. But I feel I should just post them together anyway since it’ll be weird seeing 2 post of unboxing stacked together. P4D and Sora SC Evo just came and while I still haven’t bought a new Vita, an unboxing post should do some justice.